The question of whether or not college football makes money is a complicated one. While at first glance, it may seem the answer is obvious, it's important to realize college football isn't limited to the big-name schools with high profile programs and championships. Even schools that take in a lot of football-related money aren't necessarily bringing in more than they spend.

A lot of money changes hands in the world of college football, particularly in the big programs within the powerhouse conferences. However, taking in a significant amount of football money doesn't mean a school's football program is actually profitable. Profitable college football programs are not the rule; they are the exception. As pointed out in the International Business Times, "Most public universities lose money on their athletic programs."

A 2015 Washington Post article states, "Big-time college sports departments are making more money than ever before... but many departments are also losing more money than ever." This is true for both schools that take in a lot of money, as well as those that take in less. Losses can be attributed to low revenue in some cases, but in others, it is related to adding high-dollar scoreboards, expensive stadium upgrades, additional administrative positions, corporate jets for recruiting trips and more.

According to CBS Sports, the 65 schools in the "Power Five" (i.e., wealthiest) athletic conferences, which are the Southeastern Conference (SEC), Big 10, PAC- 12, Big 12 and Atlantic Coast Conference (ACC), paired with Notre Dame, took in $6.3 billion in total athletic department revenue for the 2014/2015 season. The vast majority of this revenue can be attributed to football.

Out of these 65 schools, 28 raked in more than $100 million each (in terms of total athletic revenue - not just football), based on CBS' analysis of data from the U.S. Department of Education's Office of Postsecondary Education. As of the 2011/2012 season, only 11 schools brought in more than $100 million in athletic revenue. That is a huge increase, largely associated with what CBS describes as "the infusion of College Football Playoff dollars and increased television money." (The College Football Playoffs began with the 2014/2015 season). 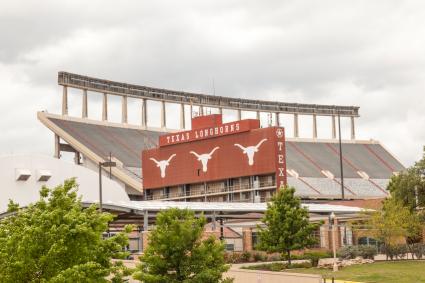 According to Forbes, the University of Texas is the only school to ever pass the $100 million revenue mark just for football. The 2014/2015 season marked the fourth year the Longhorns exceeded this benchmark, bringing in $121 million that year. This figure far exceeds the football program's expenses and contributes significantly to overall athletic expenses.

The Washington Post analyzed NCAA financial reports for 48 schools in the "Power Five" conference. Their analysis revealed that athletic department revenue at those schools increased from 2.6 billion to 4.5 billion from 2004 to 2014. However, 25 of these 48 departments actually lost money (i.e., operated in the red) in 2014.

Of course, there are thousands of college football programs outside the "Power Five" that don't have anywhere near the revenue-generating potential of the big-time programs. While they do bring in money, they aren't raking in a profit, nor are they expected to do so. As stated in the Washington Post article, "for the vast majority of the more than 4,000 colleges and universities in America, athletic departments should lose money." They are intended to enrich the collegiate experience for students.

According to the American Council on Education (ACE), the notion that college sports makes money is a myth. Even where football does turn a profit, that money often goes to cover expenses associated with other sports. According to the Texas Tribune, "a successful football team can prop up an entire athletic department." However, more often than not, college athletics programs are not fully self-supporting, even with football money. In a 2014 news release, the NCAA indicated athletic department expenses exceeded revenue in all but 20 Football Bowl Subdivision (Division I) schools and in all Division II and III schools.

In 2012, ACE indicated only eight public university athletic programs either covered their expenses (across all athletic programs; not just football) or broke even. These eight schools, that ACE describes as an "elite fraternity," are members of the Big Ten, Big 12 and SEC. They are:

At these schools, athletic programs brought in enough revenue in 2012 to cover their expenses without requiring financial support from the university. According to ACE, most of that money can be attributed directly to football.

It's interesting to note the schools included in ACE's list of universities with self-sustaining athletic programs aren't the first ones to come to mind when thinking about the top football programs. None of these schools have won championships lately. The last one from this list to win a championship is LSU, and that was in 2007. 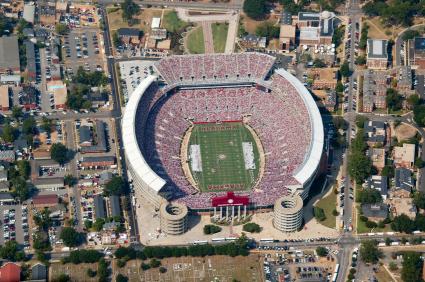 Interesting examples cited on EthosReview.org include:

Other Financial Factors to Consider

Analyzing the dollars and cents directly attributed to football and athletic program expenses and revenues is important, but when considering if college football makes money it is also important to consider other impacts. As an Inside Higher Ed article points out, having a successful football program can lead to an increase in applications for admission to the school. A USA Today article also points out football provides a unifying factor for the student body, impacting "campus culture" and leading to displays of "school pride."

These factors can have a positive financial impact on schools in terms of increased enrollment, improved student retention and (down the road) alumni donations. This, of course, doesn't show in an objective analysis of the money flowing in and out of the athletic department.

The Financial Impact of College Football

The reality is college football is a money-maker in some schools, but not all. The schools that don't make money from the sport far outnumber those that do. It's important to note bringing in money and making money (i.e., turning a profit) are two different things. Simply put, looking at dollars and cents doesn't tell the full story of the value of college football.