Given the rising costs of attending college, you might want to choose a degree program that will start paying for your education upon graduation while giving you plenty of money left over to enjoy a high standard of living. The most valuable degree programs, both for the short-term and for long-term wage growth, tend to be those that fall into the STEM (Science, Technology, Engineering, and Math) fields. Business careers also tend to pay well.

Petroleum engineering is ranked number one on PayScale's list of highest paying Bachelor degrees according to their potential salaries. Bloomberg agrees, stating petroleum engineers "swim in cash." Petroleum engineers work to extract, produce, and supply oil and natural gas to satisfy energy requirements. Not only is the field lucrative, but the demand for petroleum engineers is expected by the Bureau of Labor Statistics to grow ten percent from 2014 to 2024, which is a faster-than-average rate compared to other jobs.

To become a petroleum engineer, you need to complete a petroleum engineering program and earn a Bachelor's degree. In high school, you'll need to take plenty of math and science courses, like trigonometry, calculus, physics, and chemistry. Students in petroleum engineering programs typically study subjects such as thermodynamics and geology. The program you choose must be accredited by the Accreditation Board for Engineering and Technology (ABET). You'll also need to pass two examinations given by the National Council of Examiners for Engineering and Surveying (NCEES) to become licensed as an engineer.

Actuarial science is another excellent prospect if you're looking for a degree program that will deliver excellent return on investment (ROI) after you graduate. The field ranks number 18 on PayScale's Highest Paying Bachelor's Degrees list. Actuaries primarily work for insurance companies, and they employ statistical methods to calculate risk assessment. The BLS reports actuary jobs will grow at a rate of 18 percent from 2014 to 2024, significantly faster than the average.

According to Salary.com, the median annual salary for actuaries is $70,029, and the earnings which you may expect as a result of a thirty-year career is $4,130,308, delivering an 110 percent ROI if you attend a public university or college and 33 percent ROI if you attend a private institution. Actuaries who have passed the series of seven examinations required for certification as a Fellow of the Casualty Actuarial Society or the Society of Actuaries can earn an annual salary that ranges from $177,000 to $534,000 after twenty-plus years of employment.

A career as an actuary requires a strong foundation in math, business, and statistics. In college, you'll want to earn your Bachelor's degree in actuarial science. Some actuaries also hold degrees in statistics or mathematics. Also, you'll take coursework in corporate finance and economics. To earn professional certification as an actuary, you must pass a series of examinations sponsored by the Casualty Actuarial Society or the Society of Actuaries. You become an Associate when you pass five exams and a Fellow when you pass seven exams.

Computer engineering ranks number two on Time Magazine Money's list of Bachelor's degrees with the highest starting salaries. The duties of computer hardware engineers span a wide range, combining electrical engineering skills with computer science skills. Computer engineers work to innovate and develop computer systems and their various components such as circuit boards, processors, and networks. The BLS reports the computer engineering field will grow at a rate of three percent over the years 2014 to 2024.

According to PayScale's College Salary Report, the annual salary for a computer engineer early in her career is $74,100, and at the midpoint of her career, the figure rises to $123,200. The BLS lists the median annual salary for computer hardware engineers as $111,730. The BLS also reports salaries for the top-paying industries available for computer engineers. Information services is the most lucrative industry at an annual mean salary of $148,630. Magnetic and optical media comes in second at $130,590 per year.

To prepare for a degree program in computer engineering, just as in any other engineering field, you will need to take a lot of coursework in math and science. You will also want to learn skills in computer programming since employers tend to prefer job candidates who are familiar with several programming languages. Computer engineers need to earn a Bachelor's degree in their field from a college or university that's accredited by ABET. 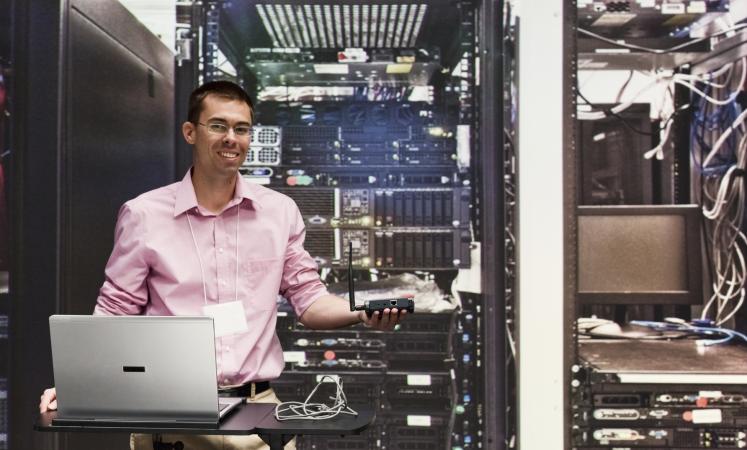 Computer and information technology ranks number seven on Salary.com's list of eight college degrees that will earn your money back. It will prepare you for a wide variety of high-paying careers that involve the development of computer systems in an organization to reach goals and solve problems. Careers in information technology are in great demand in our Information Age. For example, the Bureau of Labor Statistics projects computer and information systems jobs to grow fifteen percent from 2014 to 2024, which is significantly faster than average.

According to the BLS, there are a number of high dollar jobs available to graduates of computer and information technology programs. One possibility is to become a computer architect, whose annual median salary runs $100,240. Another possibility is a software developer, whose annual median salary runs $100,690. Salary.com reports excellent ROI potential for three jobs for which graduates of computer and information technology degree programs would be qualified.

Chemical Engineering tops Time Magazine Money's list of Bachelor's degrees with the highest starting salaries, and the degree program ranks number four on Monster.com's list of nine degrees that put you on the fast track to $100K. Chemical engineers apply their skills to the research, development, and manufacture of numerous products, including food and drugs and even architecture. The BLS projects the field to grow at a two percent rate from 2014 to 2024.

To become a chemical engineer, you'll need to earn a Bachelor's degree in chemical engineering from a college or university program that's accredited by ABET. Your coursework will be composed of a solid foundation in math and science, with emphasis on chemistry, including physical, organic, and analytical chemistry. You will also need to take courses in physics. After graduation, you will want to become licensed as an engineer by passing two examinations which are given by the National Council of Examiners for Engineering and Surveying (NCEES). 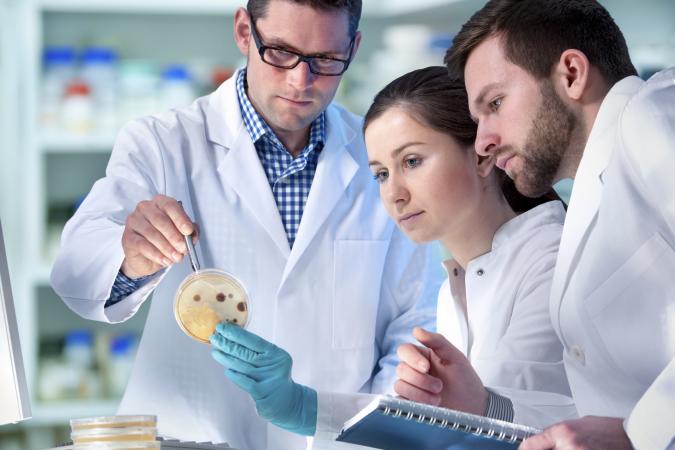 If you're interested in becoming a biomedical engineer, you'll need to earn a Bachelor's degree in biomedical engineering at a college or university whose program is accredited by ABET. You will study engineering principles as well as concepts related to biology and healthcare. You'll want to pursue opportunities for volunteer work or internship, which are available through the Biomedical Engineering Society (BMES). As with other careers in engineering, you'll need to pass two examinations to become licensed, which are administered through NCEES.

Economics is ranked number three on Monster.com's list of nine degrees that put you on the fast track to $100K. By studying economics, you will learn about the societal dynamics involved in the production, distribution, and consumption of goods and services, and you'll develop the skill to solve problems across a wide range of fields. According to the Bureau of Labor Statistics, the career of financial analyst is projected to grow twelve percent from 2014 to 2024, a faster than average rate when compared to other professions.

People who earn Bachelor degrees in economics have a number of jobs they can take after graduation, which all involve critical thinking skills and problem-solving abilities. Economics graduates qualify for high-paying jobs in such diverse areas as business, education, industry, and government. Lifetime earning potential for economics degrees is three million dollars higher than that for engineering degrees.

To prepare for entry into a college economics program, you'll need a solid foundation of college preparatory classes while in high school, including microeconomics, macroeconomics, and calculus. In college, while working on your Bachelor's degree, you'll take coursework in finance, economic theory, business economics, and mathematical economic analysis.

Nuclear engineering is ranked number three on Forbes' list of the ten Bachelor's degrees with the highest salary potential. Employment opportunities for nuclear engineers include utility companies, industry and defense-related research and development, and the Federal government. Though the career will continue to pay well, the Bureau of Labor Statistics projects available jobs will decline four percent from 2014 to 2024, so you'll need to make yourself competitive in this field.

If you're interested in nuclear engineering, you should take plenty of math and science courses in high school, including calculus, trigonometry, physics, and chemistry. In college, you'll want to choose a college nuclear engineering degree program that's accredited by ABET. Once you graduate, you'll need to pass two exams offered through NCEES to become licensed. 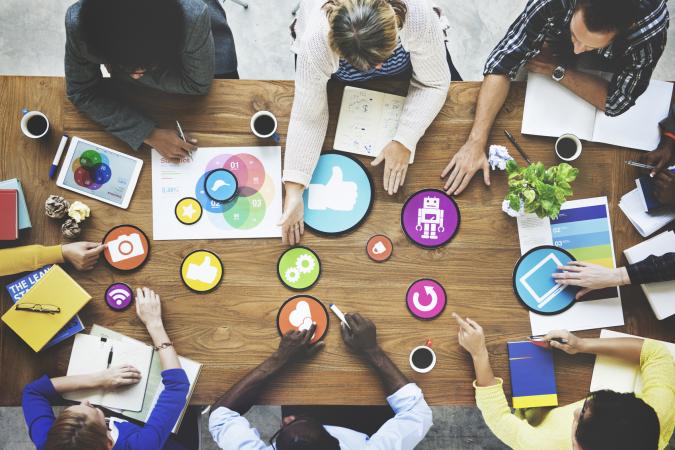 A Bachelor's degree in marketing ranks number two on Salary.com's list of eight college degrees that will earn your money back. People with degrees in marketing pursue various kinds of careers, including those in promotions, advertising, and public relations. The Bureau of Labor Statistics reports the job outlook for marketing and advertising managers is expected to grow nine percent from 2014 to 2024, which is faster than average compared to other professions.

If you're interested in a high-paying career in marketing, you'll need to earn a Bachelor's Degree in the field which will include coursework in communications methods, market research, and consumer behavior. You'll likely want to supplement your degree program with courses in management, finance, economics, business law, and computer science to enhance your employability. You don't need to be certified, but you can choose to pursue certification through the American Marketing Association or the Marketing Research Association, depending on your career path.

Electrical engineering is ranked number three on Time Magazine Money's list of 15 Bachelor's degrees with the highest starting salaries. It also makes the grade at number seven on PayScale's list of the highest-paying Bachelor's degrees by salary potential. Electrical engineers work to create, develop, and implement electrical equipment and systems for use across a wide variety of applications, including defense, consumer goods, communications, and energy needs. The Bureau of Labor Statistics projects job growth for electrical engineering to change very little from the years 2014 to 2024.

If you're interested in becoming an electrical engineer, you will benefit from taking coursework in high school that gives you a strong foundation in math and science, including physics, calculus, and trigonometry. You'll want to choose a college whose Bachelor's degree program in electrical engineering is accredited by ABET, and you will be taking courses in electrical circuit theory and digital systems design. You'll need to pursue a license as a professional engineer by taking two exams which are administered by NCEES.

By choosing a degree program which leads to a high-paying career right out of college, you can hit the ground running and wind up paying off the costs of your education in short order. By the time you hit the midpoint of your career, these valuable degrees will have shown their worth by a significant return on investment, and by the end of your career, you'll be able to count on and thoroughly enjoy a comfortable and secure retirement.

0
Comments
© 2006-2020 LoveToKnow, Corp., except where otherwise noted. All Rights Reserved.
Resources, Advice & Tips for Covid-19
Read More
Degrees That Earn You the Most Money