Pakistani college girls often face a challenging first year in a United States' university. The draw of American schools is strong around the world. Many American colleges offer a higher quality of education than local schools. An even larger reason why so many individuals come from overseas schools to the U.S. is the cultural experience. However, many face challenges when they arrive.

The cultural differences between the United States and Pakistan can be a shock to anyone visiting. In a college setting, it may be even more complex. A number of difficulties exist.

Religion is often a strong part of the Pakistani woman's life. In the U.S., religious freedoms allow for the practice of any religion, yet the religious culture is different. For example, a college student from Pakistan may find it difficult to practice her faith when others do not show outward signs of practicing religion.

Another cultural difference women from Pakistan must face is the difference in dress. In Pakistan, the Shalwar Kameez is worn, which is a long, loose-fitting tunic and baggy trousers. Women are often fully clothed, with little skin showing. This change may be difficult for some.

In Pakistani culture, alcohol is forbidden for both men and women. There are also large differences in ways affection is displayed. There is zero tolerance for public displays of affection in Pakistan. This difference from the United States may be shocking and limiting to some.

These are three of the largest differences in cultural life between the two countries, outside of more obvious differences such as language and cuisine.

College girls from Pakistan may have difficulty in the educational setting as well. For example, in many Pakistani schools, science, history and even mathematics have a basis in Muslim beliefs. Therefore, some students may not share the same opinions in these areas. They may not learn the same information.

Disagreements may arise on some subjects. Students may need to be more open minded in the traditional American college setting than they were in Pakistan. Likewise, the American student may need to be more understanding of the educational and religious differences these individuals face.

As with all minorities, one of the biggest problems women experience in the college setting is discrimination. Many Pakistanis are Muslim, though other religions are also present throughout the country. Still, many Americans discriminate against natives of Pakistan for their differences and their belief system. Some report additional discrimination after the terrorist attacks occurred in 2001. 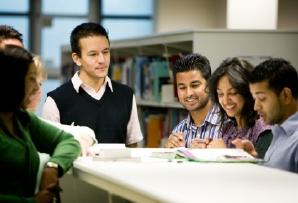 Discrimination may be evident in various situations:

Although Pakistani college girls may face discrimination and challenging situations when attending American schools, by far many enjoy positive experiences. The unique cultural differences are eye opening to both United State's students and the Pakistani girls.

Most schools do have strict anti-discrimination policies and stick to them closely. If a college student feels like she is facing discrimination or is otherwise suffering due to her ethnic background, she should report these claims to the school's administration.

Most American students are welcoming to Pakistani girls, and many are curious about their unique culture. Pakistan itself has changed considerably, and more girls are exploring the world with new thoughts and ideas.