The amount of money made by college graduates differs widely from industry to industry and even from company to company. Sometimes, graduates from certain schools can demand higher salaries, and the highest level of degree that a graduate has received can also impact how much he or she makes. Of course, it's also important to keep in mind that starting salaries are usually far lower than those of more experienced workers, regardless of educational achievement.

Amount of Money Made by College Graduates

It's clear that on average, the money for college is worthwhile because college graduates make a lot more than non-graduates. However, what about the salary disparities among graduates in different industries and occupations? A graduate's starting salary depends on a variety of factors.

Do you have an associate's degree, a bachelor's, an MBA, or a Ph.D.? In general, the more education you have (and the more tuition you paid), the more you'll earn.

If you went to Harvard Law, you can likely demand a much greater starting salary than if you attended a law school with very little name recognition. Harvard's program is famous for preparing its graduates well, and employers are willing to pay commensurately with its good reputation. You may have learned many of the same things at any other school, but you won't necessarily be offered the same salary because of it. The location of your school can also impact how much you get paid after you graduate. 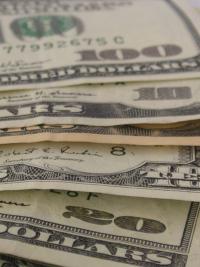 The industry in which you work plays a huge role in how much money you make. As of April 2010, for example, the job-search tool Simply Hired reported that the average annual starting salary for a secretary is $33,000, while the average starting salary for an information-technology specialist is twice that, at $66,000. Both have college degrees and spent similar amounts of time on their educations, but their chosen fields of study greatly impact their pay. Jobs in the sciences generally pay best, while jobs in arts-related industries may pay the worst.

Even within an industry, the amount of money made by college graduates can vary quite a bit. A graduate who doesn't have any internship or on-the-job experience may be hired as an assistant for just over minimum wage, while a graduate with an internship under his or her belt and some negotiating power could land a more prestigious position and be paid considerably more. Two graduates with the same job title or the same position may also be paid different amounts depending on where they work.

Jobs in large cities generally demand higher pay than those in small towns, because rent and living expenses tend to be higher in cities. There's also greater competition and greater demand for city jobs, so their pay scale is more competitive.

Unfortunately, there is often a difference in the starting salaries of males and females, even if they have the same amount of experience and the same degree from the same school.

A graduate who attempts to network and form professional connections as soon as possible will likely have better access to higher-paying jobs and find them easier to get. Networking is more important in some industries than others, but job contacts almost always provide an advantage and significant leverage in negotiating a good salary.

Ambition plays a big role in how much a graduate will earn. It may not impact a starting salary as much as some other factors, but an employee with a lot of amibition and passion has the potential to be quickly promoted and earn the opportunity to take on more responsibility and collect more pay as he or she spends more time in an industry.

It's difficult to name every factor that impacts the amount of money made by college graduates because there are so many. There are exceptions to every rule and trend, but generally, data has supported the notions that graduates in science- and math-related industries earn the most, and graduates who go on to earn higher degrees can expect bigger starting salaries and more overall career earnings.

0
Comments
© 2006-2020 LoveToKnow, Corp., except where otherwise noted. All Rights Reserved.
Amount of Money Made by College Graduates